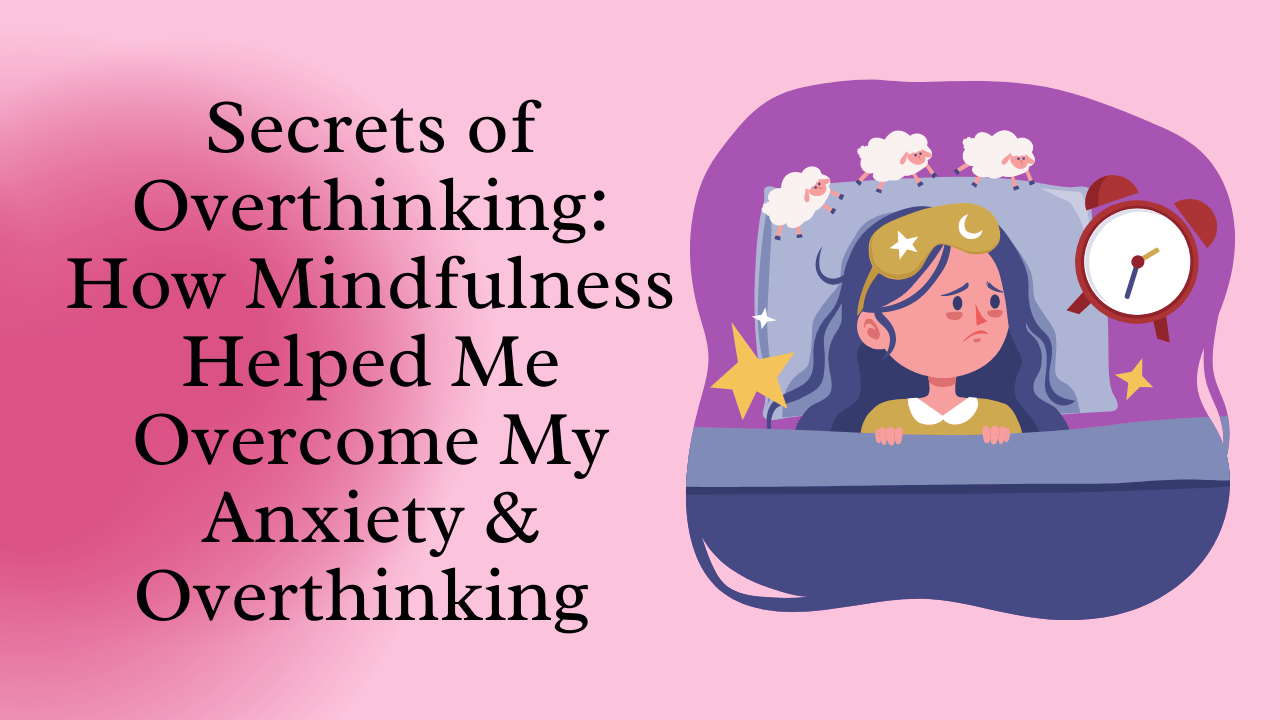 Hello, it is I, Charlene a former champion overthinker. I thought, overthought & second-guessed everything. It’s not a joke to say that I could have spent YEARS obsessively ruminating over a situation that happened. No matter what the situation, my head always made it out to be the biggest thing in the world. While everyone else forgot about it 10 years later I would still cringe & get embarrassed over it.

And when you’re still experiencing second-hand embarrassment years later it can make it almost impossible to imagine that you could ever stop feeling like this.

But there is a better way, trust me.

It took me a long time to figure out how to stop overthinking and overcome my anxiety but I did and have never looked back.

Even writing this post I’m remembering all the time I spent overthinking things because of my anxiety.

Convinced that “I could never” do something, say something, heck even wear something.

Turns out I could and nothing terrible happened when I did.

If it involved speaking to someone I pretty much ran away. Now? I teach workshops regularly, have guested on a number of podcasts, and have traveled on my own meeting new people & making friends along the way.

All things that younger Charlene thought were completely impossible.

But it’s not and I’m here to show you how.

The thing is, overthinking & anxiety lets us know what scares us.

I know, you’re thinking, “of course, my anxiety tells me what I’m afraid of!”

But when you slow down and pay attention to your thoughts & where your anxiety shows up you can really dig in and understand what’s causing it and why.

Like when I used to worry about speaking in public what I was really worried about was being judged by others. I used to spend a lot of time thinking and worrying about what other people thought of me.

Here’s the thing, we are all so caught up in our own lives that no one is really paying that much attention to you.

As Alexis so eloquently says in one of my favourite shows.

The only person judging me was me. 🤯

I’ll be honest, my anxiety can send my thoughts in some pretty interesting directions.

At the time I was dating a guy and it took him a little longer than usual to respond to my text 3 minutes later I was convinced it was because he was secretly married and had a whole other family. I’m embarrassed to admit that my mind went there in a very short amount of time.

But the second that I had that thought I realized that my anxiety was feeding my inner critic and I needed to take a moment and settle myself back down.

And then of course he messaged me back a few minutes later because he didn’t have a secret family. He was busy living his life like all of us are.

I could provide a number of embarrassing stories (which is a judgment) of the times that my anxiety led to overthinking and to me making mountains out of molehills. Or even creating problems where there were none.

When your overthinking creates problems that don’t exist…

I get migraines pretty frequently. And sometimes they end with me 🤮🤮. There was a night I was out with some friends, old & new when I developed a migraine and needed to get the heck out of there before the inevitable happened.

Did I tell people why I was going home early? Or course not. Why? Because I believed that people would ask me why I get migraines (?!) and I didn’t want to tell them. See, I get migraines because I was hit by a bus. And I was worried about telling these new friends because ultimately I hadn’t yet come to terms with my new reality of my brain injury. At the moment I was worried that they would judge me for it and not want to hang out with me.

Which is only a thought and one that was 1000% not true – these people are all still my friends and they all know (now) about my accident.

But because I was worried and was overthinking the situation I made it into a thing that it didn’t need to be. Do you know how many people get migraines? A LOT.

How to Stop Overthinking & Anxiety

I know, I know, I’m a broken record. But the way to stop overthinking & anxiety is by paying attention to your thoughts. And the way to do that is with mindfulness meditation.

I had NO IDEA how my thoughts were keeping me stuck in anxiety UNTIL I started paying attention to them.

The more that we pay attention to our thoughts the better equipped we are to calm down. That’s why mindfulness meditation is the quickest & most effective way to stop overthinking & calm your mind.

Overthinking can trick us, especially when it happens with anxiety. We think that we’re practicing some coping skills by imagining the worst case scenario – but what we are really doing is ruminating on all the possible ways that things can go horribly as a way to convince ourselves not to even bother.

There is a way to think about possible problems and plan for them as a coping strategy and it’s one that I teach inside my coaching programs – you can sign up for the waitlist for that here.

A parable that I use with my coaching clients to help them to understand this is the lion & the mouse.

I share about it in this video but the basic idea is:

The next time you are positive that it’s a lion in your living room, STOP, pay attention to what’s happening and really look at what’s going on because maybe it’s a mouse. 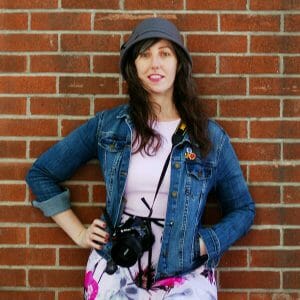 I help creative entrepreneurs with chronic illness create a sustainable business that fits their lifestyle without letting imposter syndrome take over.

Charlene is an entrepreneur, psychotherapist and mindfulness coach living with chronic illness after she was hit by a bus.

Join the FREE 7 Day Challenge to Become a More Mindful You.

In less than 10 minutes a day you can FINALLY start to feel less overwhelmed, using NOTHING but your breath!